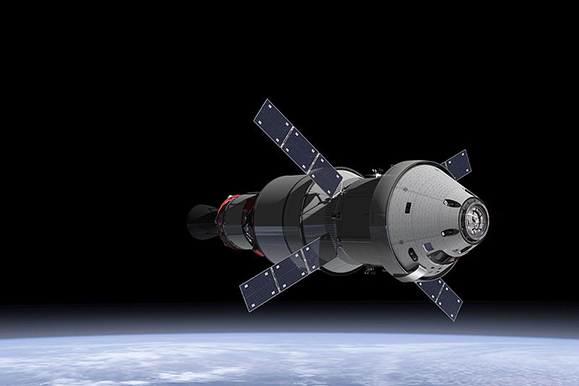 Before the Orion space mission flies to the moon in a few years, there is still a lot to prepare – for example new testing standards for the components of the spacecraft. this is exactly what Testia is working on, together with Airbus Defence and Space, ESA and NASA: The CFK tubes that will be used to hold the solar array wings of the spaceship got their first ever NDT inspection.

After a few field tests, done by Testia and Airbus in Bremen, all involved companies met in Leiden (Netherlands) to develop a test specification for thermography testing of the tubes. In a clean room, 700 single image shots are done, via lock-in and hot air gun stimulation. Since these tubes have never before been tested with this procedure, all partners had to put their expertise together to develop it from scratch. Based on the specification as the first step, a standardized process is now being developed for future inspection of the components after production as well as after the load test.

In order to contact us or find out more about Testia’s Inspection methods click one of the links below.